Coffee Culture in the Ottoman Empire

Coffee is one of the most consumed beverages in Turkey. It was widely consumed in the past as well as today. Drinking coffee is almost a traditional ritual in Turkey. Let's examine together the arrival of coffee in the Ottoman Empire and its permanence as a culture.

How did Ottoman Meet with Coffee?

It is difficult to find definitive information about the introduction of coffee into Ottoman culture. Maybe an academic study is needed. According to the most well-known narrative; Yemen Governor Özdemir Pasha brought coffee to the capital Istanbul during the reign of Suleiman the Magnificent (1520-1566).

What is the Specialty of Turkish Coffee?

In the Ottoman Empire, the way the coffee was served was important as well as the flavor left on the palate. Along with the coffee, many sweets and sweets were served. It was served in small cups decorated with precious stones such as gold or diamonds. This is very important in terms of filling the eyes of coffee.

Coffee brewed with a coffee pot is unique to Turks. In Ottoman culture, Turkish delight is served together with the coffee that is brewed with a cezve.

One of the most important things in coffee service is the coffee cup. It is known that elegant cups are preferred in terms of appearance. Cups with a rim of 4-7 cm in diameter and a height of around 4-6 cm were used. 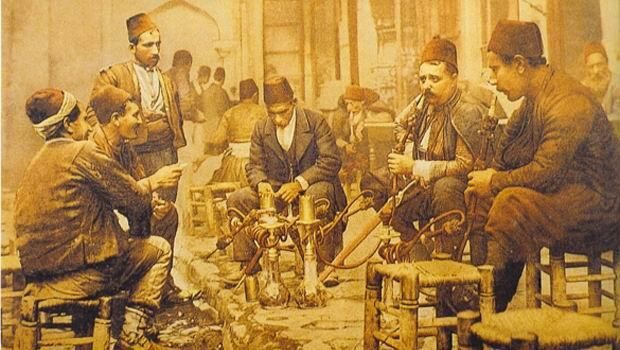 Coffeehouses and coffee shops were common in the Ottoman period as they are today. However, there are of course differences in terms of the functions of the shops.

In the Ottoman culture, coffee was cooked with large teapots in coffee houses. Books were read and conversations were held in these coffee houses. Sometimes statesmen would come to these shops.

The first coffeehouse in the Ottoman Empire was opened in Tahtakale by two Arabs, named Referee and Shamli Shams. At first, they started selling coffee at a mobile counter. Then they opened a coffee house and started the coffee house culture in Istanbul. Coffeehouses, which attracted great interest, became widespread and new shops were opened in most parts of Istanbul.

Coffee was Banned in the Ottoman Empire

In the Ottoman Empire, drinking coffee was banned four times in different periods. It was banned by the Şeyhülislam when it was an unknown flavor. Because coffee was thought to have a narcotic effect due to the caffeine it contains. Later, it was allowed again with the request of the statesmen and intense public pressure.